Figuring P&L in Commodities: It All Makes Cents 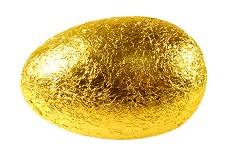 Gold, platinum and palladium futures are quoted just as they appear, the decimal included in the quotes are intended to separate dollars and cents. The numbers to the left of the decimal are dollars and the numbers to the right are cents. In other words, a point in these metals contracts is synonymous with a cent. For example, if gold is trading at $1130.20 and rallies 60 cents the price will be 1130.80, or simply $1130.80. Platinum and palladium are treated the same; there are no surprises here. However, their point values do differ. Palladium has an equivalent point value as gold at $100 per dollar of price movement, but the point value and contract size of platinum is half of that of gold and palladium. This is because of their futures contract size; a gold futures contract, as well as palladium futures, represent 100 ounces of the underlying commodity, but platinum is only 50 ounces.

In regards to gold futures, each penny of price movement results in a profit or loss of $10 to the trader. Therefore, each full dollar movement in price represents $100 of profit or loss. Accordingly, if gold rallies from $1149.20 to $1156.80 a long trader would have made $7.60 or $760 and a short trader would have lost that amount (not considering commissions and fees).

The manner in which silver futures are quoted is more similar to grains such as corn and wheat than it is the other precious metals. A

silver contract represents 5,000 ounces of the underlying commodity creating a cent value of $50; for every penny that the futures market moves a trader will make or lose $50. Likewise, silver trades in dollars and fractions of a cent. If the price is quoted as 16.345 it should be read as $16.34 1/2. Please note that the traditional version of the silver contract traded on the COMEX division of the CME Group trades in halves of a cent, but there are mini versions of silver futures that trade in tenths of a cent, such as 1634.1 or sixteen dollars and thirty four and one tenth of a cent.

Unlike the other metals which are referred to in terms of cents per ounce, copper futures are quoted in cents per pound. The contract size is 25,000 pounds making the multiplier $250 for a penny move. Simply put, if copper rises or falls by one cent a futures trader would make or lose $250. This makes sense because if the price of copper goes up by 1 penny you would make 25,000 pennies on a long futures position. Also unlike gold futures, copper prices trade in fractions of a cent. If you see copper quoted at 3.055 it is trading at $3.05 1/2. Likewise, if copper rallies from this price to 3.450, it represents a gain of 39.5 cents or $9,875 ($250 x 39.5) per contract. This sounds great if you happened to be long, but a short trader during this move likely lost a lot of sleep. There is a mini version of copper futures, which is probably more appropriate to most commodity traders due to it’s reduced contract size of 12,500 pounds.