Figuring P&L in Commodities: It All Makes Cents

Foods and Fibers (The Softs)

Coffee, orange juice, cocoa and sugar all fall into a commodity futures category often referred to as the "softs". With the exception of cocoa, each of these futures contracts are quoted in cents per pound. Accordingly, although the multiplier will be different, the methodology in figuring out profit, loss and risk on a trade will be very similar to that of the meats.

Cocoa, on the other hand is quoted in even dollar amounts per ton; prices are not broken down into cents. In other words, if cocoa is trading at 3100, it is actually going for three thousand one hundred dollars per ton. There are ten tons in a contract, so multiply by ten or add a zero to get the true dollar amount. If the market closed higher 14 ticks in a trading session, a trader would have either made or lost $140.

Coffee futures trade in contracts of 37,500 pounds making each penny of movement worth $375 to the trader. For example, if prices 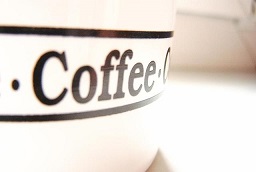 move from 130.00 to 131.00 a trader would have made or lost $375 before considering transaction costs. Similar to livestock futures, the decimal point isn't meant to separate dollars from cents it is a way of breaking each penny into fractions of a penny. Thus, if the price rises from 130.50 to 131.00 it has appreciated by half of a cent which is equivalent to $187.50 per contract to a commodity futures trader.

An orange juice contract represents 15,000 pounds of the underlying product. Therefore, each cent of price movement results in a profit or loss of $150 to a trader. Like meat futures and coffee, orange juice is quoted in cents per pound with a decimal that simply represents a fraction of a cent. A tcopprader long orange juice from 120.00 with the current market price at 118.50 has an unrealized loss of 1.5 cents or $225 (1.5 x $150).

Cotton isn't a food, it is a fiber. Nonetheless it is most often grouped with the softs (sugar, cocoa, orange juice and coffee futures) due to the fact that it trades on the same exchange (Intercontinental Exchange, or ICE). Cotton futures trade in 50,000 pound contracts and are quoted in cents per pound; again, the decimal point isn't intended to separate dollars and cents. Rather it separates cents from fractions of a cent. In other words, if cotton is trading at 68.50 it is read as 68 1/2 cents. Due to the contract size, each tick of price movement is worth $5 to a trader; therefore if a speculator sells cotton at 65.40 and is stopped out with a loss at 67.30 the total amount of the damage would be 1.9 cents or $950 (190 points x $5).

Lumber futures are not traded on ICE with the other softs, but are often referred to in the same category. For reasons unknown, lumber futures attract beginning traders. Perhaps it is because it is the epitome of the definition of a commodity due to its widespread usage. Nonetheless, it is a sparsely traded contract by speculators and until liquidity improves I don't necessarily recommend trading it. Prior to the Chicago Mercantile exchange eliminating open outcry futures trading pits, I can recall walking by the barely recognizable lumber futures trading pit. There were a total of three market makers passing the time by reading a newspaper. As a speculator, it is never a good idea to trade in a market in which your order will be one of a handful of fills in the entire trading day.

If you do insist on trading lumber futures you must be willing to accept wide bid/ask spreads and a considerable amount of slippage getting in and getting out of your position. The contract size for the lumber futures contract is 110,000 board feet and it is quoted in dollars and cents. Accordingly each tick of price movement represents $11. In this case, the decimal is used in its usual context. If the market is trading at 246.80, it is interpreted as $246.80.