There is a lot of event risk floating around.

If it isn't Chinese tariffs, it is a Trump administration investigation or Russian/Syrian turmoil.  We've gone from a world seemingly without risks throughout most of 2017 and early 2018, to a world in which there are peripheral threats in every direction. That said, despite what it feels like volatility isn't as high as it could be. Although we are seeing large point swings in the stock indices, the percentage of the swings is relatively reasonable given the height of the market and associated risks.  Further, the VIX is relatively tame when compared to past volatility.
Where the ES goes in the short-run is obviously akin to a crap shoot.  Nevertheless, looking back at historical patterns it is generally a poor idea to bet against the S&P 500 as it is trading in a trough ahead of earnings season; earnings seasons have a tendency to reverse trends. 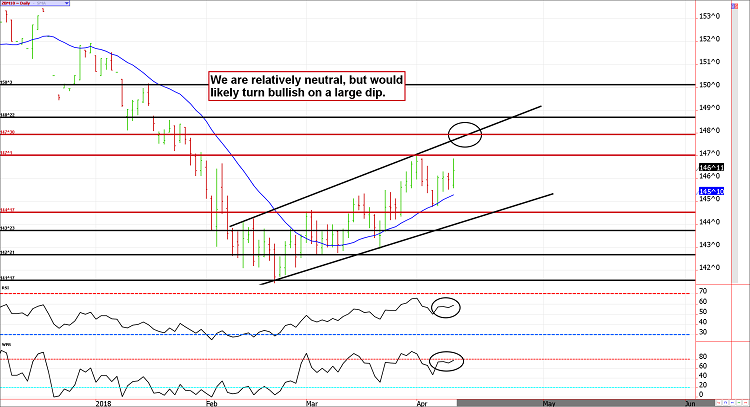 The lack of Treasury volatility is astounding.

Treasuries historically have been a safe-haven complex that benefits greatly from stock market turmoil.  Yet, the 10-year note is trading within ticks of where it opened the month of February prior to the intense stock market decline.  This is extraordinary for a market that is typically highly sensitive to uncertainty in other financial markets.

Due to the lack of volatility, we are hesitant to have open-ended risk (naked short options or unhedged futures) in this complex. It might not be today or even this month, but at some point, the volatility bug will bite Treasuries just as it did the equity market. 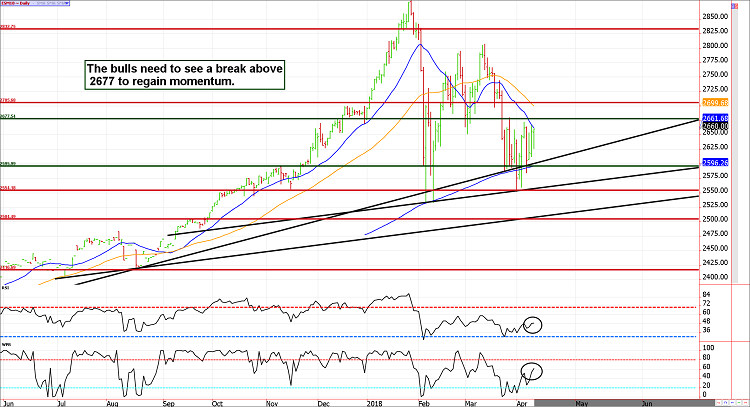 The best trades in the ES are probably from the long side of the market on big dips.

As mentioned above, betting against a down market going into earnings season generally doesn't work out well. Unfortunately for the bulls, that doesn't mean the market will go straight up without any stress.  In fact, it is the opposite...we are probably in store for a continuation of the large price swings.  Nevertheless, any large sell-off is probably best played from the upside. In addition to a potentially positive earnings season, we are entering a seasonal "buy" time-frame and technical support near 2550 has held nicely.

Getting bullish on large dips will probably yield the best trades.