Financial futures traders loved Friday's events and they expressed that sentiment by buying into US assets. For the first time in a LONG time, the jobs report was judged by its merit as opposed to the anticipated reaction by the Federal Reserve. In other words, the markets no longer seem to be held hostage by the Fed's every move. Instead, investors are looking to speculative economic growth as the driving factor with the Fed's monetary policy as a secondary concern. 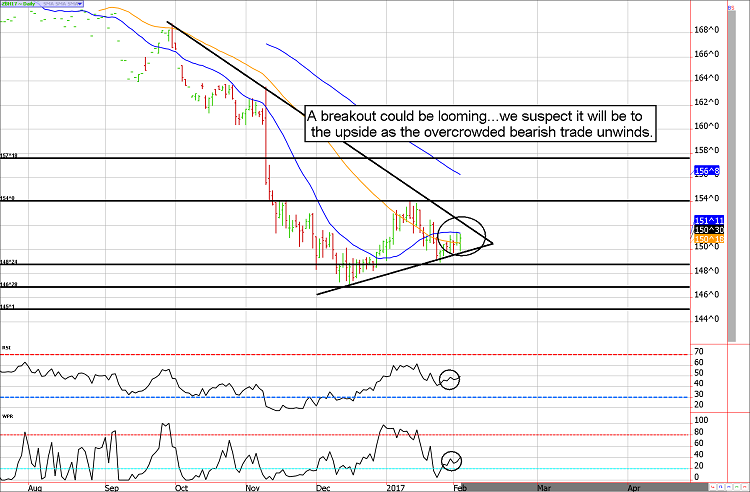 We've been talking about the fact that speculators are currently holding one of the largest net short positions in history in the 10-year note. As we've seen over and over again, when the bus gets too full traders are eventually forced to unwind their positions. Thus, we tend to believe the Treasury market could be in store for a rip your face off type rally. Unfortunately, even if we are right, we have no way of knowing if the move will occur tomorrow or several weeks (or even months) from now.

In the meantime, we'll be looking for a break above resistance in the 30-year bond near 154 (125'21 in the 10-year note). If prices breach these levels, the shorts might think twice about sticking with their bearish trades and the fund could begin. 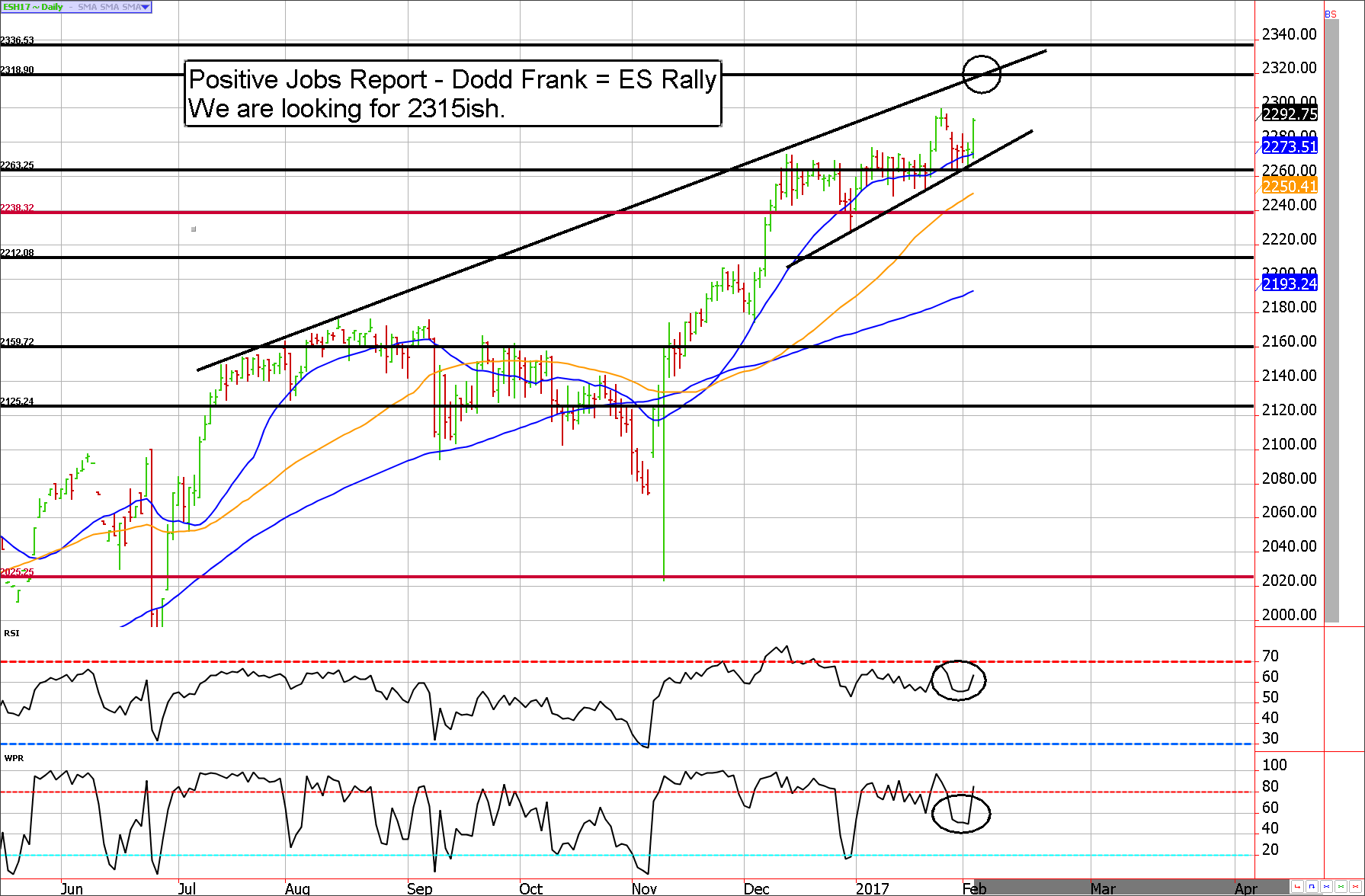 There is a new Sheriff in town, and stock investors like it (for now).

It's been astonishing to watch the price momentum and extreme bullish sentiment in the s&P since the November 8th election. While we acknowledge there is a good chance prices have gotten ahead of reality, we cannot deny the fact that this market is one to be reckoned with. We wouldn't be willing to jump in front of this rally until prices reached the 2315 to 2320 area. At these levels, the odds are in favor of a price correction (which could be temporary, or it could be something much bigger). We will likely be looking for call options to sell against the move should prices reach the target.

From a previous newsletter but still valid:

According to the Stock Trader's Almanac, the month of February is the weak link in the "best six months" for the equity market. Over the last 15 years, the S&P has been up 9 and down 6 but the average change is -0.2%. However, they also note February has been the worst month for the NASDAQ on post-election years with an average loss of 3.9%.

With this in mind, we continue to believe the upside is relatively limited for the time being and any large rally should be an opportunity for the bears to get positioned. We would be willing to turn bearish again on a spike above 2300...preferably 2315ish.

We'd like to see a run to 2313, this should act as a high probability reversal area. We'll consider selling calls as the market approaches the noted level.

***We are now charting the March contract!**

October 27 - Liquidate half of the corn position, which was added near $3.33 to lock in a profit of about 20 cents.

January 31 - Buy back April live cattle 127 call to lock in quick profit of anywhere from $200 to $250 per contract before transaction costs.